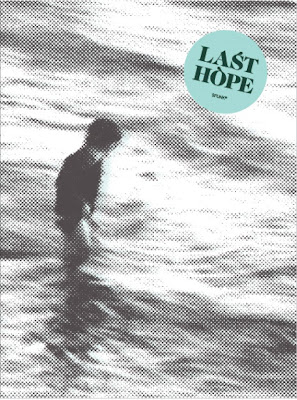 Says Kidman: "One of the most enjoyable aspects of being a filmmaker is the process of bringing scenes, emotions and stories to life with music. It's kind of a filmmakers dream to have access to great music and the freedom to make whatever you want without the constraints of trying to make a full length feature or editors wreaking havoc with your work. This is what I was thinking about when Aaron Curnow and I first had a conversation about this project. I thought something special could come from just letting the filmmakers make what ever they wanted. I hope the project has kept a pure line and that these original thoughts transcend in the viewing"

Last Hope is a film for anyone with a love for the ocean. With the film's collage approach, mixed with the quiet musical stylings, it presents a side of the life that is often forgotten in these modern times.

Initially the Last Hope DVD is being released with a bonus CD of the films soundtrack. Plus a 24 page booklet with thoughts, interviews and images from the filmmakers in some damn fancy one off packaging.

Andrew Kidman is taking the film on the road this July and his band Brown Birds From Windy Hill will be providing a live score for the film at each show. Special guests (including Machine Translations) will also be appearing along the way.

Tickets for all shows available from oztix.com.au (unless otherwise stated).